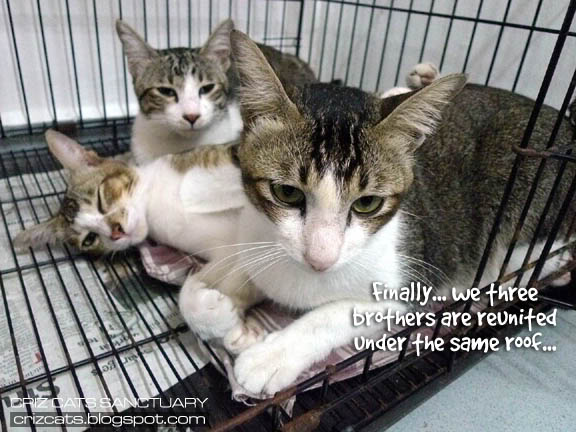 By: crizlai
In: Uncategorized
Tagged: adoption, cats, Jerry, Jiro, Jose, kittens, Lobha Dosa, Rasanutta, SP Kitties, Upekkha
With: 5 Comments
When there was not much hope left in retrieving the last child of the SP Kitties after so many trips back to the abandoned house, he mysteriously appeared at a neighbor’s house. Finally, he was brought over to my place this morning to be reunited with his two brothers. It was a touching moment with lots of purring and head bums. I named him as “Jose” Lobha Dosa. Pronounced as “Ho Se/Hoe Say” in Spanish, the name has a special meaning. It also rhymes with the Hokkien dialect (one of the Chinese clans), meaning greatness. Let’s hope they could stay peacefully with the rest of the J Family Kitties. Things have been going on quite smoothly now as both the families are presently staying in two different sections of my house. 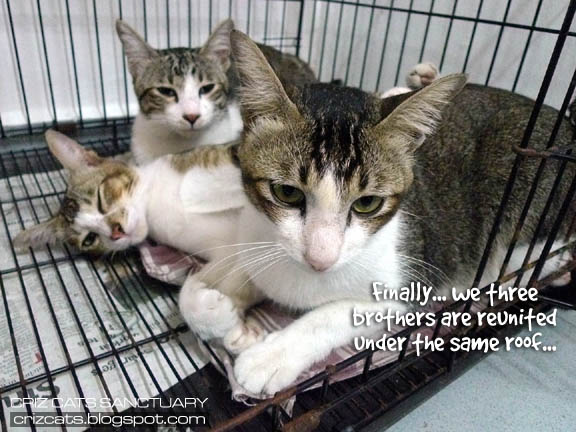 It has been 12 hours and Jose seemed to have made himself quite comfortable by sleeping on anywhere throughout the house he deemed fit. That’s a great news. I’ll keep him accustomed to the new environment before letting him out of the house. His two brothers have already got used to the neighborhood and knew their way home for food… but only a bit too early for breakfast. Well, I have yet to get use to them waking me up before 6.00am for breakfast… LOL! Anyway, here’s Jose lazing about~ 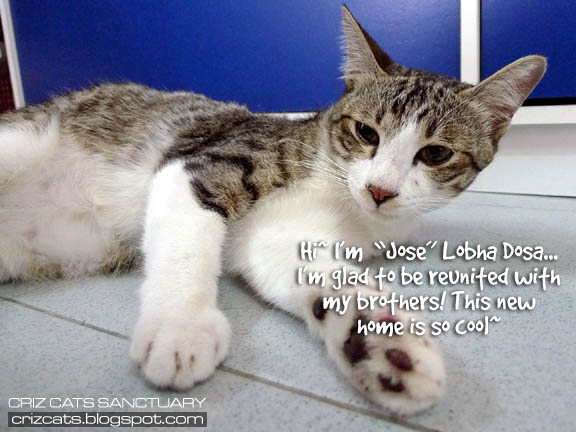 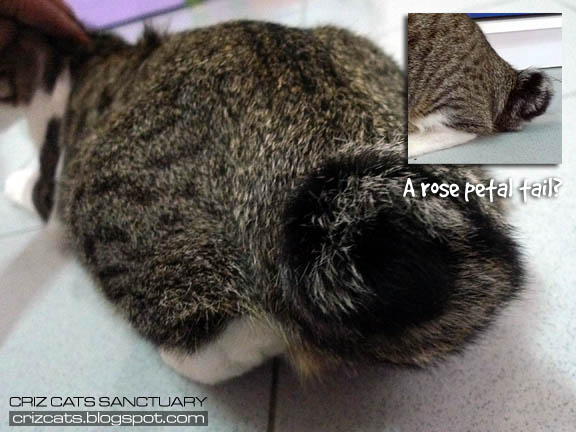 2011-02-16
Previous Post: I AM SO HAPPY TO BE REUNITED
Next Post: SERDANG CAT ABUSE VIDEO HAD GONE VIRAL