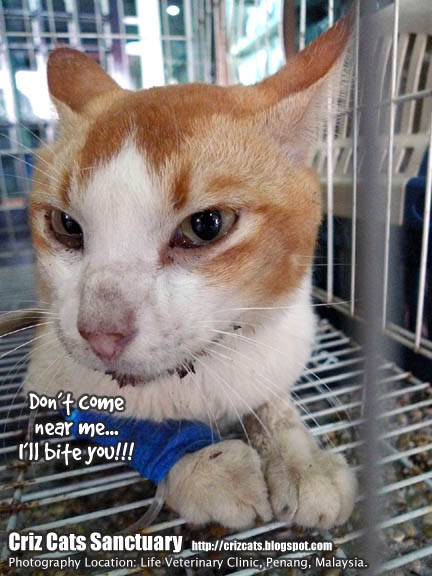 By: crizlai
In: Uncategorized
Tagged: cats, FLUTD, J Family Kitties, Jayson, vet
With: 5 Comments
A visit to the vet today shocked me! I can’t recognize Jayson much as he was in a totally worn out and dirty stage labymod capes. He got rather agitated with the vets and they almost got themselves wounded. He refused to be touched. He refused to be cleaned up and worst of all, he refused to eat dead by daylight kostenlos downloaden. Even I could not convince him to put something into his empty stomach. Luckily, he was on drip or he won’t have withstood the hunger for so many days amazon prime music songs. I just don’t understand what could gone wrong with his temper. It was as if he were another cat in the wild. He wasn’t that wild in actions before Download stamps. Moreover, he smelled like someone bathe him in a sewage tank! Gosh! Let’s hope he calm down and get cleaned up as he would be hospitalized for another 5 days or more youtube mp3 in guter qualitäten. Ka-ching~ Ka-ching~ Sweat~ At least, his kidneys and bladder are performing better now with the visible endless streams of urine professor layton kostenlosen. I really hated seeing this familiar catheter procedure in him. I can see the pain he had in his eyes. Haiz~ What a suffering! 🙁 Janice also paid a visit to see how his brother was getting on metin2 kostenlos downloaden. Well, she sure don’t like the smell at the vet’s. However, Jayson indeed felt a bit more at ease now having his sister around. His mood did switch to a brighter side but that did not make him want to eat too steam profile image. I guess I’ll have to wait until tomorrow for better news.