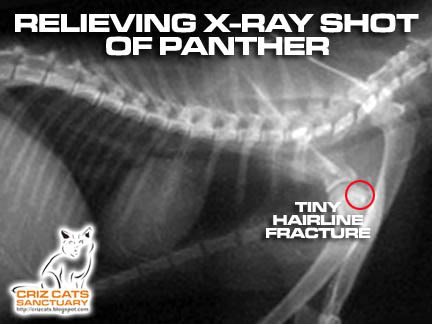 HIS LIFE COULD NOT BE ANY BETTER

LATEST UPDATE: 17/5/08 11.30PM I am real sorry if my post had caused much stress to some of you. It is just my way to describe in detail of what had happened after Panther had been admitted into the clinic. That is the reason I dare not share any photos of how gross his swollen face is now. He could hardly open up his right eye. I better stop here or else I will get myself into more stress thinking about his condition now. I had spent 3 hours with Panther this evening, comforting him and trying to persuade him to take in more food and water. It is really tough to feed him when he is under the influence of pain killer. I can feel his tummy growling but he could hardly swallow much. Can you imagine him with his size taking in only about 1.5cc of liquid diet and 2cc of water? According to the vet, that was the best record so far. Most of the time, he would just take in 1cc of water and not much food at all. I did not know what happened to me. I was just sitting there, stroking him endlessly, and talking to him nonstop. I wondered if he could understand me at all with his eyes shut. It was getting late and I gave him one last stroke, telling him that I will be back to see him again tomorrow. As I was turning my back towards the exit, I thought I heard a soft husky purr. I turned back but saw that his eyes were still shut but at one corner of the eye was some wetness. He was in tears as if wanting me to accompany him through the night. I have no choice as I have other commitments to handle and I left with my eyes red. So am I now :~~(
LATEST UPDATE: 17/5/08 12.20PM I received a call this morning at 9.00am from the vet, something that I fear of as I did ask him to call me in case there is an emergency. Luckily, it was just a progress report. I was told that Panther slept through the night without having any problems or complications. It could be due to the additional two shots he received last night. This morning, he was screaming and shaking in pain. He was again given another jab to calm him down. The vet managed to feed him some water and liquid food but he was not taking in much as most of the food dripped out. It was a pity sight and I hated animals being caged in too. I wished that he would not have injured so much on the mouth, especially on the tongue. Better still, he would not even be in this stressful accident. Sassy did suggest that I take in Panther and let him be an indoor cat. In fact, he was an indoor cat guarded by 3 caring dogs. We were still curious to find out what made him wander so far away from the garage that day. Unfortunately, I do not think that I have the means to adopt him with 6 fast growing kitties at home and I am a bit worried to see how much the vet bill is going to look like now. Moreover, Panther would surely need undivided attention with his handicapped conditions. But, this is a good suggestion and I would check with my mechanic to get him a permanent home or some safer place for him to be in. I will keep you all posted on Panther’s progress later in the evening when I pay him another visit. Thanks for the endless purrs and prayers.LATEST UPDATE: 16/5/08 4.00PM The vet had decided to give Panther 2 stitches on the lips around 1.00pm to make sure that the wound gets heal faster and also to avoid it from getting infected. The X-ray report finally came out. Other than his previous injuries, he had only a tiny hair line fracture. What a relief! I was afraid that it could have been worst. It looked as if he would be forced to stay immobile for some time. The only thing I’m worried about now is how is he going to eat with his mouth all swollen up. I guessed the vet should know what will be the best for him. We would not know now as Panther is still under the effect of sedatives. He is sleeping soundly now. I will check out with the vet on his condition, maybe later this evening or early tomorrow.LATEST UPDATE: 16/5/08 12.44PM
TO SOME OF YOU OUT THERE (MY FRIENDS AND NEW FURRY FRIENDS) WHO HAD DROPPED IN TO LEAVE A COMMENT. THANK YOU FOR YOUR CONCERN OVER PANTHER. If we had saved him earlier when he fell from the roof and nurtured him to what he is today, we would also do the same for him now. I’m not a person who would create a battle zone over here to debate whether what should be done for him. Neither can I describe a long post to elaborate further on what we had tried our best to do. We DID try to carry him for immediate medical attention but he refused to be carried and fight back vigorously. We STOPPED because there might be other parts that may have fractured or broken bones as well and struggling may affect other internal parts. Both of us are not professional vet, just animal lovers and there are not many vets around here on this small little island. Again, we DID dig out the telephone directory and called all possible vets and pet shops to find someone who was willing to make house calls but NONE was available until 5 hours ago. The mechanic’s wife even put all her chores aside and make sure that Panther has some warm milk ALL THE TIME to calm him down. Panther is at the vet’s clinic recuperating now. He would have to stay there for a week or more for the vet to monitor his condition. It took 3 of us to grab hold of him before a jab could be given to him. At least he is in better hands now. He had some minor bruises on his right chin, a broken fang, and a badly injured tongue. I’m waiting for the X-ray report to see if any other parts of his body were affected. I will keep you all update on that when I pay another visit later today. So, I hope no one else will jump into any other conclusions without understanding the actual situation and stresses both of us are having now. Thanks anyway for the wishes and it showed that all of you really care for the welfare of another living creature. 🙂
ORIGINAL POST: You would have read earlier about the bitter life of Panther, the marching cat. His life has been so bad that whenever I visit him, my tears will drip for no reasons. He has to go through the trauma of falling off the roof at a tender age, handicapped and not able to move for months, braving himself against all odds to keep on surviving and finally took the courage to try to walk. Unfortunately, the impact from the fall with a broken spine and injured brain refused to coordinate well to let him walk properly. Can you imagine having to experience more than a year of that sorrow? It hurt deeply inside me seeing him struggling to move himself and falling after a few steps. It’s so painful! Since I was still having connection problems with my ISP, I had decided to pop in my mechanic’s garage yesterday morning just to check on him. I almost cried. At one corner was Panther dripping blood all over the floor and refusing to be touched by anyone, not even my mechanic and I. It seemed one #$%@^* customer drove into the garage without sighting Panther’s whereabout and knocked him at the chin. I would not blame him too. Any normal cat would have avoided upon hearing the sound of an oncoming car. The problem is Panther was not normal. Both of us sat there in a daze not knowing what to do. He just won’t let us help him. We could not even check if there were more fractures on his already Lego-joined body. Nobody dare to go near him as he would hiss and show his sharp pointing claws. I could vividly see his painful tears dripping. So was mine. I hope that he will brave through the ordeal as what he did the last time. I prayed and prayed hard the whole day, hoping that he would have had tense down to at least let us take him for some treatments. I would be taking some time off later to visit him again in hope of a miracle. Panther… Life has been harsh on you but do not forget that we still love you. Have faith in yourself. Stay strong to fight through this ordeal. I know it is painful for you to hold back but let’s hope that with our love and tender loving care, you will have a better life in the future. Oh God, please listen to my humble plea. Let him stay on for many years to come…